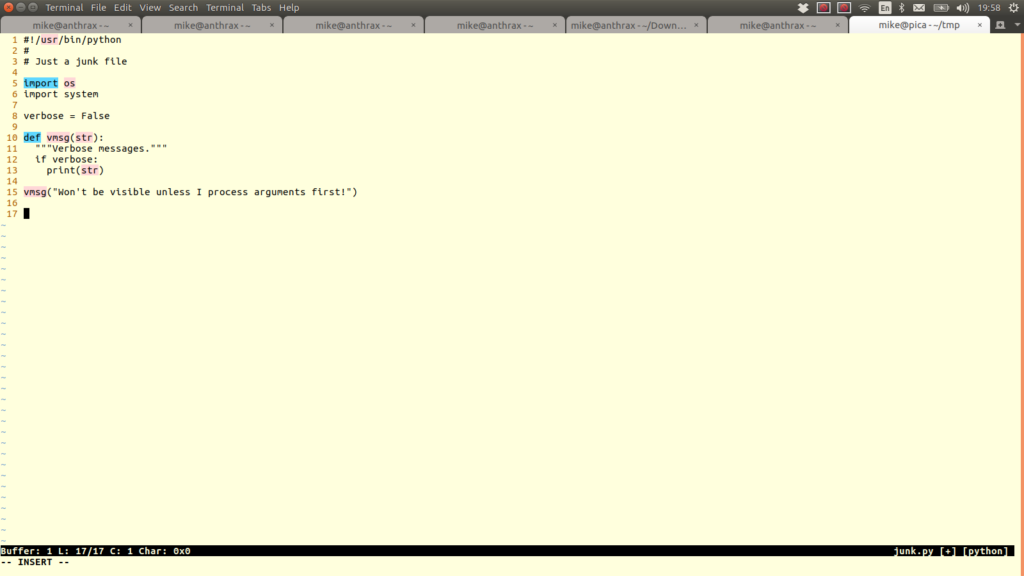 This post is likely to change frequently after it first appears as experiments/research/etc. occurs to me.

To get to grips with it, let’s first define the software that is in control of your PC when it first starts as the system firmware rather than the BIOS, as system firmware is a generic term which can refer to BIOS, EFI, UEFI, OpenFirmware, or anything else that someone comes up with.

UEFI (and the older EFI) is a replacement for the legacy BIOS that we’ve been stuck with for decades. Despite advances in almost every aspect of the “PC standard”, the BIOS has hardly advanced at all. To be fair, the user interface has gotten a bit less 1980s, and it of course deals with hardware devices that weren’t even imagined decades ago. But there are still some rather nasty limitations, which UEFI is supposed to resolve.

Of course there are those who claim that UEFI is a complete mess with no redeeming qualities, but the truth is probably somewhere between it being that and the neatest bit of system firmware ever invented.

This posting are my working notes (with the addition of a bit of pointless waffling) on UEFI, given that I’m likely to be found staring at a UEFI shell on a broken server at some point in the future. All experiments (so far) have been carried out with a VirtualBox-powered virtual machine (with UEFI turned on) running Ubuntu server.

The boot process looks a little different … unsurprisingly. And there’s an error in relation to missing UEFI stuff from the hard disk. But once the CD is booted the process looks the same …

Partitioning: Initially “Guided – use entire disk and set up LVM”

Doesn’t give an opportunity to review the partitioning, but :-

The Ubuntu installation uses grub as the boot loader, although it’s hardly the only option and there are hints that grub has been known to have issues with EFI. Although this could be “early adopters pain”, and not applicable currently.

See the Wikipedia article, but basically GPT replaced the old Master Boot Record partitions. The main advantage is that there are fewer dumb limits with GPT – there is no limit of 4 primary partitions (and no hacks to support extended partitions), but instead a minimum maximum of 128 partitions, which basically translates as the required minimum size of a partition table allows for up to 128 partitions but the partition table can be bigger.  More than you’re likely to need anyway.

Cleverly (if you want to put it that way), GPT can live alongside the old MBR partitions as the GPT starts at block 1 rather than block 0. This has been used by Apple to keep two partition tables so that OSX can use GPT whilst Windows still uses MBR.

Keeping two partition tables in sync is perhaps not the best idea for stability and given the need for backwards compatibility has only a limited useful lifetime, I’d rather live without it. In fact it would be nice if I could fill up the old MBR with stuff that told all MBR tools not to mess around with the partition tables.

(U)EFI requires that to boot, a disk must have an EFI System Partition formatted as FAT. This is used as effectively a replacement for the BIOS boot method of loading code from block 0. This file system is usually mounted under Linux as /boot/efi and contains various files that allow Linux to be booted (more details to be added).

It is perhaps a shame that the EFI standards people didn’t suggest making the EFI system partition part of the on-board firmware. It wouldn’t be impossible (or very expensive) to incorporate a small writeable FAT file system into the motherboard to avoid the need for the EFI partition on one of the storage disks. It is not as if the EFI system partition needs to be very big – Ubuntu configured one as 512Mbytes in size which is vastly larger than required for what is actually installed which adds up to less than 4Mbytes.

The tool efibootmgr is for interacting with the EFI boot manager and the EFI variables that control what gets booted in which order :-

The command has plenty of other options …

I also somehow managed to erase the “ubuntu” so re-created that with: efibootmgr -c -L UbuntuServer -l “\EFI\ubuntu\shimx64.efi” (yes unfortunately they use the wrong path separator).

Is surprisingly limited. And rather too DOS-like for me.

Well this is not so much a letter as just a rant because I’m very doubtful that anyone from Apple never mind Steve Jobs is likely to read this. But it is good to get a good rant off your chest and out there (which basically explains this whole site … it is not for you … it is for me). Especially after a few glasses of port!

I currently own an iPod video and have been thinking about buying a Macbook, but I have been doing some rethinking after the announcment of the iPod Classic. It seems that Apple have encrypted the iPod Classic firmware again (the Nano 2g firmware is also encrypted) and have added a hash to iTunes just to make things a little more difficult for those who like to do “unusual” things with their iPods.

I am a Rockbox user (I haven’t even used the normal firmware on my iPod except when I’ve booted it by mistake) mostly because most of my CDs have been encoded in OGG format and I really did not want to re-encode them in any other format because of how long it would take. So Apple have made money out of me because I purchased an iPod; I’m beginning to regret that because Apple seems to be determined to be the kind of business that I don’t want to fund.

First of all there is the encryption of the firmware. I am sure that Apple is aware that hackers have produced not only alternative firmwares but also a utility to patch the default firmware to make interesting changes. So why the encryption ? Obviously to make things difficult for the hackers. In some situations smaller companies may be forced to do something similar because larger companies want to “protect their intellectual property rights”, but Apple is in a dominant position in the portable music player music market … they are the ones who will be dictating the contract terms.

Secondly Apple changed iTunes in an attempt to lock out other music managers. The fact that this protection has been hacked and is no longer a problem is irrelevant … Apple showed their colours by making it difficult to use anything other than iTunes.

A few years ago when it was trendy, Apple embraced the open source model by releasing some of their operating system as open source. Despite apparently trying to improve their operating system by incorporating a open source filesystem (ZFS), they seem to be rapidly retreating from this position. Or at least giving the appearance of doing so. So perhaps their earlier embracement of open source was just a marketing move … something you might expect from Microsoft.

Apple is giving the impression of trying to become a company as user-hostile as Microsoft.