The European election results in the UK are being commonly classified as an enormous victory for the Brexit Party. Which is regrettably true, but not quite the whole truth.

If you were to take a list of the numbers of MEPs each party got :-

You can see that if the next three parties were to hold a pact, they could outvote the Brexiteers every day and twice on every Sunday. Interestingly enough, whilst the Brexit party got 5,248,533 votes, the petition to revoke Article 50 got 6,085,584.

Which seems to indicate that whilst Brexit is the largest ‘party’ in the European elections, the remainers have actually got a slim majority!

The election result is in, and the Tories have failed; specifically they failed to increase their majority and indeed no longer constitute a majority. Yet the alternatives have failed too.

The likelihood is that the Tories will form the next government propped up by the reactionary Unionists from Northern Ireland. We can crow over May not getting her increased majority, but she is still in number 10. Which means more years of Tory misrule.

So what went wrong?

Well we could argue that factors such as different attitudes to Brexit, doubt over the Labour leader’s leadership, etc. But there are two big factors.

Firstly the media lies by the Tory press (which seems to be pretty much most of them). Whilst the press is owned by a clique of super-rich Tory supporters, the good news is that the newsprint industry is slowly fading into irrelevance – no doubt helped by their ridiculous bias. And tasteless journalism – the sort of which led to the Sun being boycotted in Liverpool.

Which is not what most people think of when they hear that phrase; it is not just the horned handed agricultural labourer and the worn out factory worker, but it also includes office workers, lawyers, “knowledge workers”, etc. It is everyone who works for a living, Somehow workers in the Tory heartlands are fooled into thinking that the Tories are on their side.

What the Tory alternatives need to do is to persuade these deluded workers that voting Tory helps only the super-rich, and not by painting themselves a fetching shade of blue (as New Labour did).

With all the fuss about Jeremy Corbyn being nominated for election as the Labour party leader, anyone would think that the mainstream (read "parliamentary") Labour party is terrified that the slightest whiff of a genuine left-wing agenda by Labour will make them unelectable.

Perhaps so. Anyone who remembers the height of the Thatcher era when Labour was unelectable could well be worried that Labour might again make itself unelectable. And some of that distant past unelectability may well have been caused by the policies.

But not necessarily the 'left-wing' part of those policies.

In the recent election approximately 1/3 of the electorate chose to vote for the Tories which means that 2/3 did not. And that does not inlcude those who failed to find somebody worth voting for. And given the widespread revulsion at the early plans of what the Tories plan to inflict on us indicates that people could well be interested in a genuine alternative.

And that alternative is not "Conservative-light" (I refuse to use the trendy spelling of "light"; apart from anything else, there's a word for someone as old as I am trying to be trendy … and that word is "pathetic").

There is nothing more repulsive than a politician pandering to the lowest common denominator, and modifying their principles to make them more appealing to "middle-England". Perhaps this is why Labour is loosing their core work-class support.

Labour should be for the working classes, but the working classes including everyone who isn't a member of the idle rich which includes many people who don't traditionally think of themselves as working class. Such as doctors, solicitors, surveyors, bank managers (not "bankers"), etc.

Take a look at the results of the Green party – a genuincely progressive party with left-wing policies – who went from 1% share of the votes to 3.8%. Despite being an unelectable fringe party with no hope of being elected, they massively increased their share of the vote.

Perhaps a Labour party with sensible left-wing policies would not be electable, but at least it would be honest. And who knows? Maybe it would be electable after 5 years of Tory mismanagement and punishment for those who weren't born with a silver spoon. 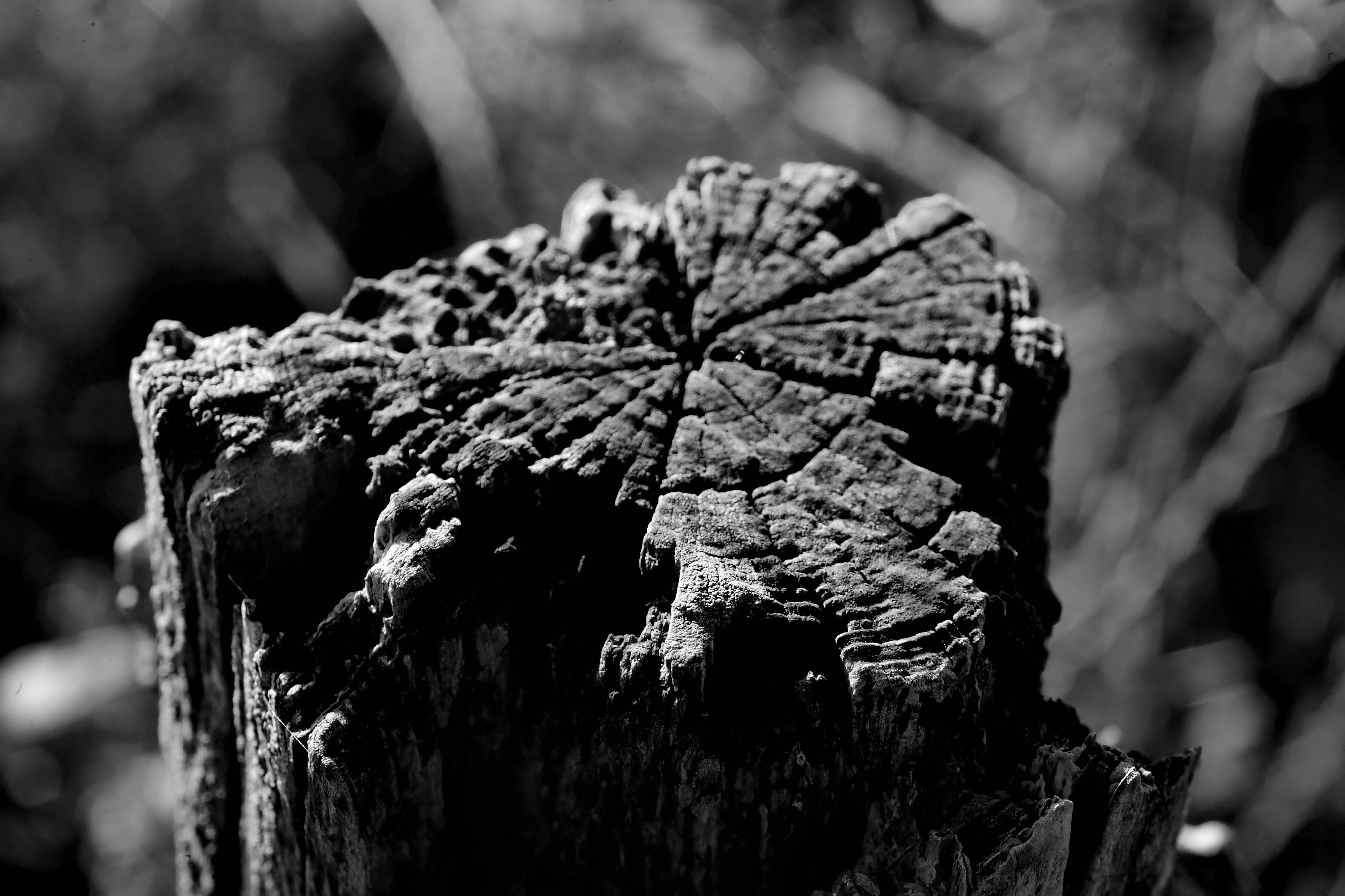 Well if you are a Tory supporter nothing went wrong; indeed you must be cock-a-hoop given that you have a Tory government when 64% of the voters wanted something else! But if you are against the Tories, you have to be wondering what went wrong.

The most obvious problem is the broken medieval electoral system we have. For practical reasons it made sense in the days of horse-drawn carts to ask each area to appoint a representative in parliament. But today we should be able to design an electoral system where MPs represent people not places, and where everybody can say their vote helped appoint someone to parliament.

As an example if all the votes for the Green party were distributed amongst the smallest UK consituencies (you did realise they are different sizes didn't you?), they would have ended up with 23 MPs instead of just 1! The Tories would end up with 240 seats rather than 331, which basically means that the Tories are very good at distributing their supporters.

In my case, my vote went towards a loser which means I'm "represented" by a politician whose policies and attitudes I find totally repulsive. There is nobody in parliament that I voted for. And the same applies to a huge swathe of the population who are now feeling alienated by the whole process.

And that is something that can and should be changed.

The alienation caused by the first past the post system is probably one of the causes of the low turnout; what is the point in voting if you live in a "safe" seat?

The most obvious difference in this election is the wholesale take-over of Scotland by the SNP, which surprised everyone. Which leads the new Tory government to a bit of a problem – with just one MP in Scotland, they essentially have no mandate to govern Scotland.

And even in England, the Tory majority is nothing to crow about – a majority of 5 is what would have been called a "fragile majority" in the past. A Tory leader with such a slim majorty is likely to run into problems if they try and ram through a radical programme.

The Tories managed to persuade many of us that a bit more self-flagellation is necessary, and punishing the poor and unfortunate is good for the country.

The effect on the Liberal Democrats is both surprising and entirely predictable. Joining a coalition with the Tories was always a mistake in terms of future elections – it was always seen as helping to put the Tories into power, and many Liberals were far less accepting of this than they would have been to see the party join a coalition with Labour. What the Liberal Democrats failed to sell was the idea that their presence in government helped to amerliorate the Tory extremes.

Labour's failure was probably down to several things :-

Of course whinging about it is not going to change things. We have five years of Tory mismanagement and punishing austerity to accept now.

In my opinion, there is one clear thing from the local election results: Lazy journalism. UKIP merrily announced before the election that they were expecting to cause a political earthquake, but the results have been nothing like that at all. Lazy journalists picked up on the earthquake phrase and misused it to talk about the results.

UKIP has done quite well; they’ve even exceeded their internal prediction of getting 100 councilors. But they have not done nearly well enough to cause a political earthquake. That would be more along the lines of getting enough councilors to push one of the big two into third place (or lower).

The numbers aren’t all in yet, but UKIP looks to have won 155 council seats which is still less than half of the next biggest party (the Liberal Democrats on 399 seats), despite the fact that the Liberals were slaughtered – they’ve lost more councilors that UKIP has yet are still in third place. In fact both the Tories and the Liberal Democrats lost more councilors than UKIP gained, and Labour gained a lot more than UKIP.

And UKIP controls not a single council. It’s still an “also ran” party.

Ignoring the fact that UKIP is the kind of party that nobody with more than two brain cells wants to see in power, UKIP is in the position of being a minor party. A single-issue party that has yet to break into the mainstream. If they continue to progress at the rate they are doing (unlikely in the extreme), they may start winning councils in another decade.

No earthquake in sight.