Everyone else does a list of photography tips, so why shouldn’t I? No reason at all, so here goes :-

Digital photography makes making an image so quick and easy that it is too tempting to just shoot and worry about what is good later. Not much room for carefully planning and taking your time.

A good half of the bad images I make are because I didn’t slow down.

#1: Rules Are There For A Reason

“Rules are made to be broken” goes the facile saying. And there’s an element of truth to it, but the rules of composition are there for a reason.

For tens of thousands of years, artists have been coming up the rules of composition – the rule of thirds, the golden ratio, leading lines and curves, negative space, etc. There’s a reason why they exist – they work.

And don’t imagine that because photography is different that the rules don’t apply – it isn’t that different.

That is not to say rules should not be broken, but that every time you break the rules, you should be able to say why. And preferably with something better than “just because”.

Neither is right nor wrong. New gear can make technical improvements to the produced image but will never improve the artistic quality.

There is of course a temptation to just shoot jpeg especially as that is how all our images end up; why not let the camera do all the hard work? But there are a whole rafter of reasons why you should shoot raw :-

You can change your mind with raw – I mostly shoot black and white, and I can’t add colour back in afterwards. You can “fix” the exposure far more with raw than with jpeg.

Because the process of developing raw into jpeg takes time, you are free to spend extra time improving the final image. That time often makes the difference between a casual snapshot and something that goes beyond that.

#4: Criticism Is Good And Bad

We often seek confirmation that some of our images are good and that we aren’t wasting our time. Nothing wrong with that, and any constructive criticism can be good.

But we need to be wary of what is being judged, because it is rarely purely about whether an image is good or bad. For example, I often upload my better images to EyeEm where there are essentially two different “criticisms” :-

Unless of course you are not aiming for “good” but “sell-able” or “likeable”.

Musicians practice every day for hours; and photographers have to practice too. Learning the technical aspect of the camera is the least of it.

Practice with the camera; practice without it – practice looking for images on your daily commute. Get your eye into the habit of looking for compositions even in the most boring sights that you see every day.

Back to the same old place again … the big change this time was walking around the other way :- 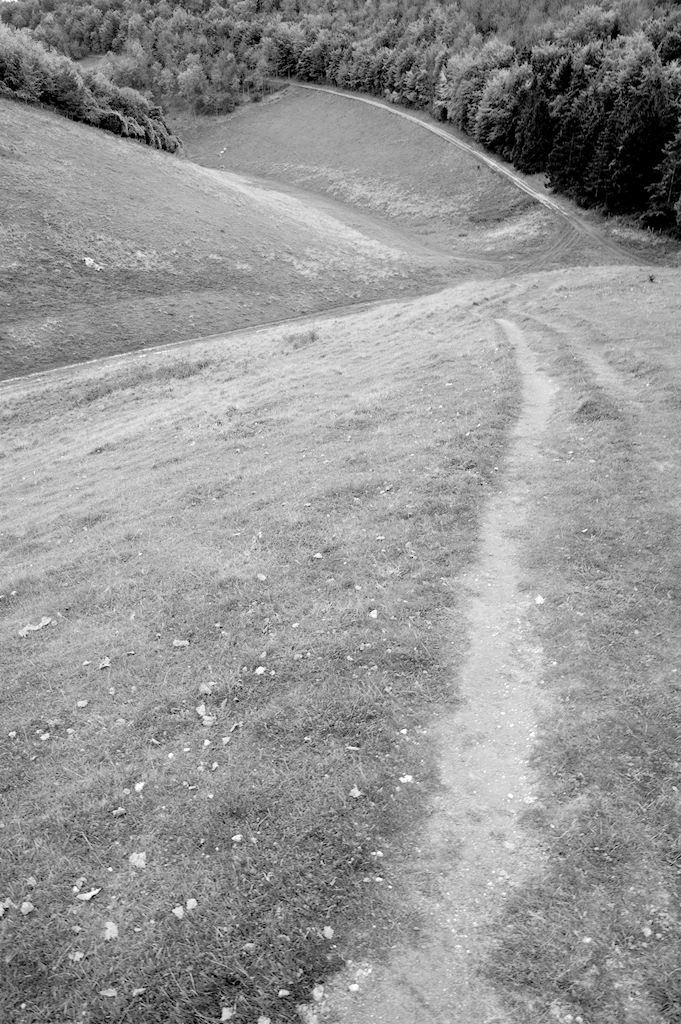 If you can’t tell, this is looking down one of the steeper parts of the path. 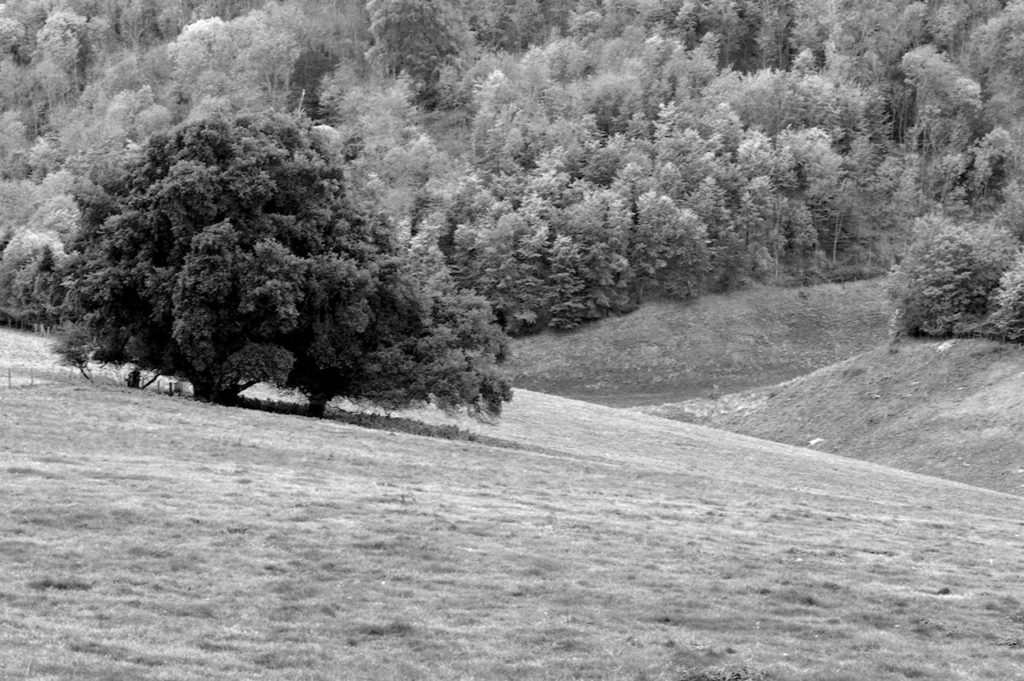 Yes, yes. Autumn leaves should be in colour. But in fact the lighting was sort of flat so it wouldn’t be that impressive in colour (either). 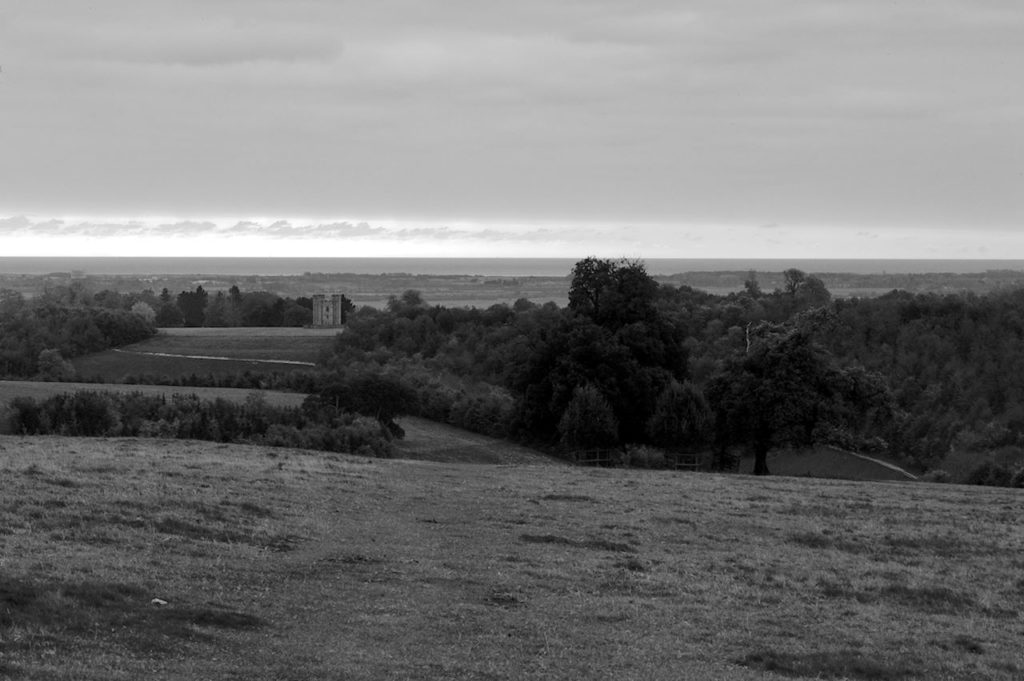 I’m sure it’s not really a garden shed, but that building you can see in this image is not the real castle so it could be a garden shed. A big one.

THEY CAME FIRST for the Communists,
and I didn’t speak up because I wasn’t a Communist.

THEN THEY CAME for the Jews,
and I didn’t speak up because I wasn’t a Jew.

THEN THEY CAME for me
and by that time no one was left to speak up.

It may seem a little over the top to quote a famous poem/speech by Martin Niemöller in relation to the use of anti-terrorism powers against photographers, but repression starts with small things that gradually build up. Are we seeing the beginnings of a repressive state where many ordinary activities are made effectively illegal ?

Photographers (although not myself as I’m not an urban photographer) have continually encountered the anti-terrorism laws being used to harass their profession or hobby. Some police are using said laws to stop activities that are perfectly legal – even going beyond their powers and confiscating equipment and deleting images! And in some cases they are co-operating with overly zealous security guards who are contacting the police to “protect” private property from being photographed from the public highway.

Because of a little “issue” with Bibble which causes that software to cease responding when navigating the browser whilst it is updating the icons, I had to come up with a different way of storing my raw images. Or at least a different “shadow view” that would allow Bibble to work more reliably. I had been thinking on what would be the best way (for me!) of doing this for a while now, and this morning spent about 45minutes knocking up some code to do what I wanted.

I chose to use the “date” contained within the Exif information within each file to produce a directory structure along the lines of “/some/place/YYYY-MM-DD/original-name-of-file” with the file at the bottom level being a symlink back to the original file. I chose not to move any files around as I could more easily fix things if the code I had written did Something Stupid. I chose not to copy any files, as I did not want to duplicate some 100Gbytes of RAW files if I did not need to — and I did not as symlinks can do the job perfectly well.

As for the choice of the date format, well I have long preferred the ISO date format in places where a conventionally human readable date was not necessary or would be inconvenient. The ISO date format is useful in that it is not subject to misinterpretation as date formats such as “DD-MM-YY” and “MM-DD-YY” are, and it happens to sort easily with the ls command – which is much more useful than you would think. If it looks a little odd, just start using it and get used to it.

The code itself is available here if you really want to get hold of it (I wouldn’t bother if I were you – it’s just something knocked up in a rush that works ok for me).

The interesting thing about the new “repository” was that it was easy to produce a table of dates and the number of photos taken on those dates :-

The output is long enough and boring enough (for anyone other than me) that I will not include it here. But it is relatively easy to turn this into a graph using ploticus :-

This produced a graph similar to :-

I seem to be taking more photos over time.

There are those who would say that Technology is responsible for these eyesores (the electrical pylons!) crawling across the countryside. They would be wrong. Technology presents a number of solutions (overhead pylons, underground cables, etc.) for distributing electricity and the bean counters decide that the most elegant and least ugly solution (underground cables) is too expensive.