It wouldn’t surprise me if I have ranted about this before, but I just don’t understand how people decide how some animals are food, and others are “cute” and shouldn’t be harmed. In the later case, there are all sorts of stories on Facebook (and presumably similar places elsewhere) about some sort of animal cruelty to “cute” animals.

Yet most of us ignore the cruelty to food animals, and indeed wild animals. Admittedly most of that cruelty happens behind closed doors with only the occasional peek behind the curtain.

But what really determines whether one species is looked upon as food and another is looked upon as a pet? It cannot be as simple as being cute is the deciding factor, or those of us seen as ugly would also be considered to be a food source.

You could argue that pet animals were formerly work animals of one kind or another, and that certainly applies to dogs and horses, but there are plenty of pet animals it doesn’t apply to – cats (admittedly cats were sometimes tolerated as pest control animals), hamsters, birds, tortoises, reptiles, etc. So that isn’t a good argument.

It is possible to argue that some animals – in particular dogs and horses – have a special place because our partnership with the animal is inherently linked to our survival. But even that doesn’t work – both horses and dogs are eaten all over the world (including Europe).

I have hunted the Internet for possible reasons why we should not eat pets, and whilst there are plenty of pages out there trying to rationalise why we should not, there is nothing that really makes sense. So it might as well be that pets are cute and food animals are not. 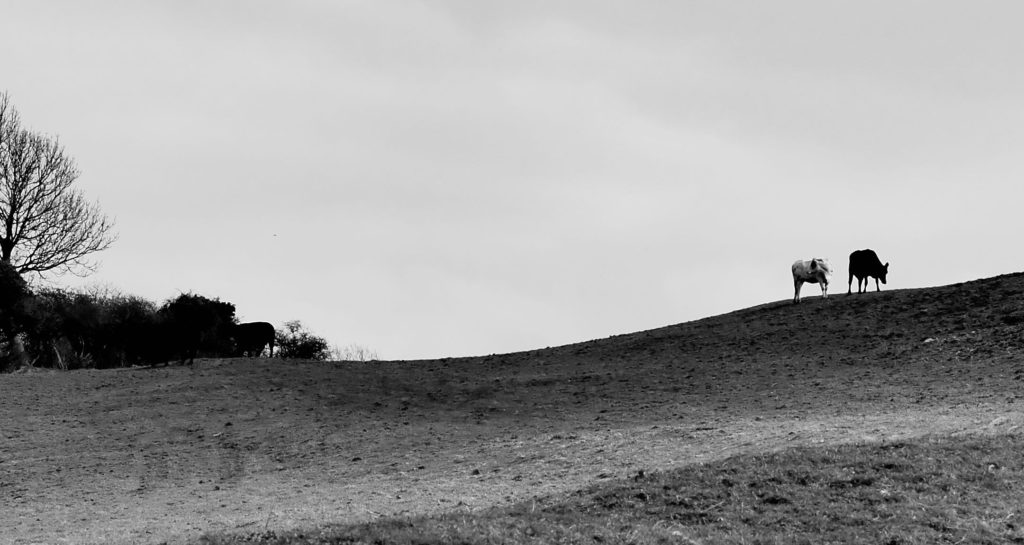 The news is swamped at the moment with the story about horse meat being found in various cheap meat products that were labelled as containing beef. Interestingly this has crowded out the news that pork has also been found in Halal meat products – which could be more of a concern to a certain segment of the British population than unexpected horses turning up.

But it isn’t necessarily Findus or Tesco at fault here. And when you come down to it, that horse meat in the freezer was pretty tasty yesterday before you knew, so shouldn’t it be just as tasty today? 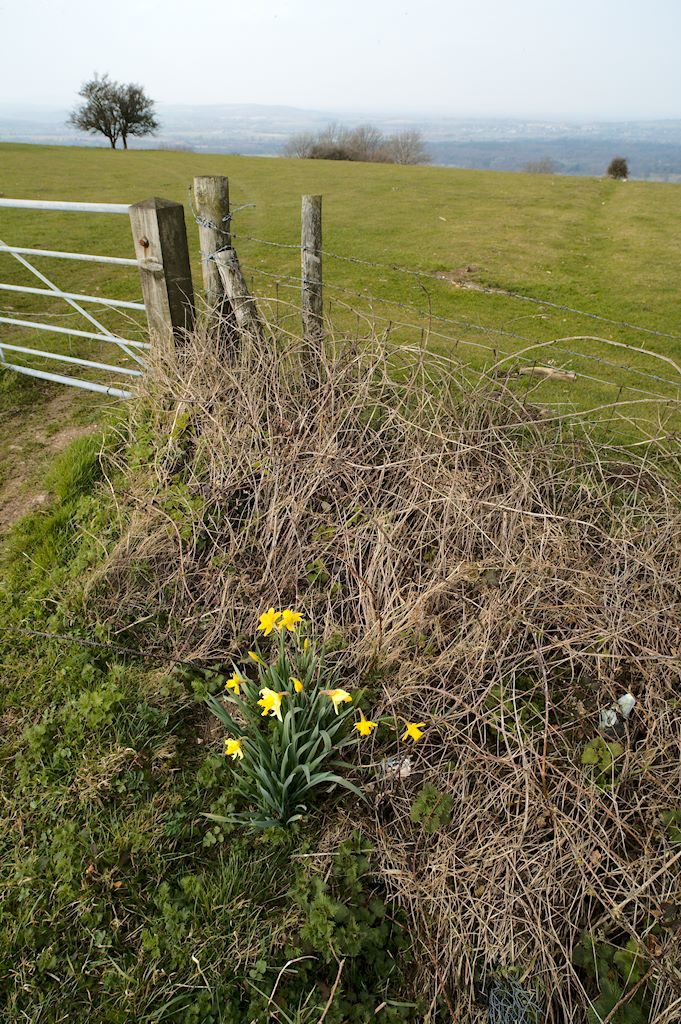 Unusually (for me) in colour! 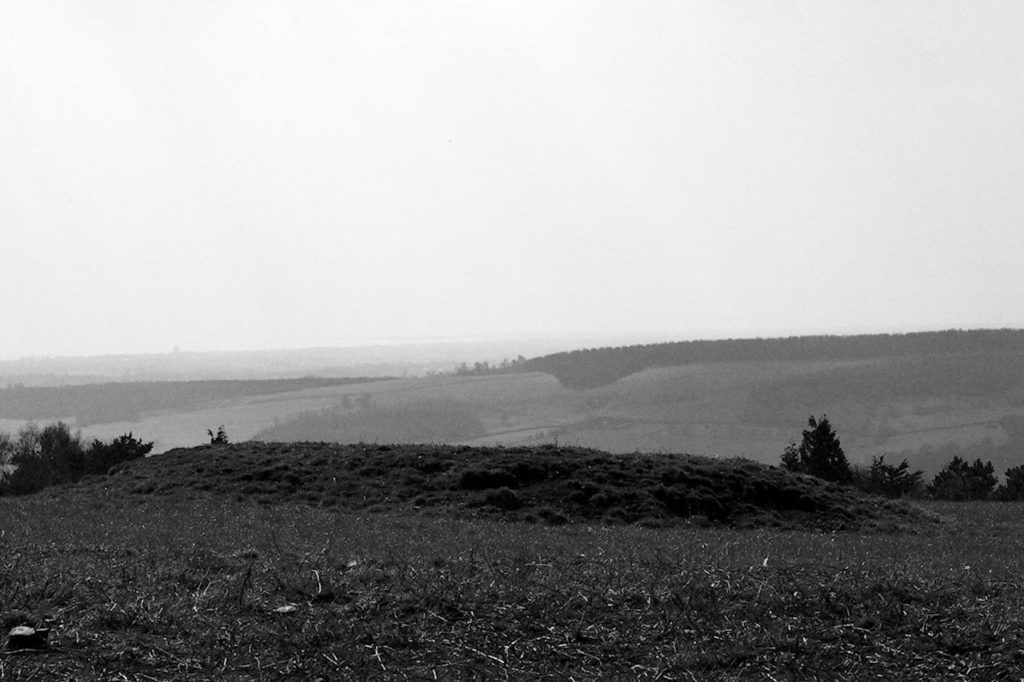 Of course I don’t really know that this little bump in the ground is really the burial mount of a long-forgotten kind, but it could be. 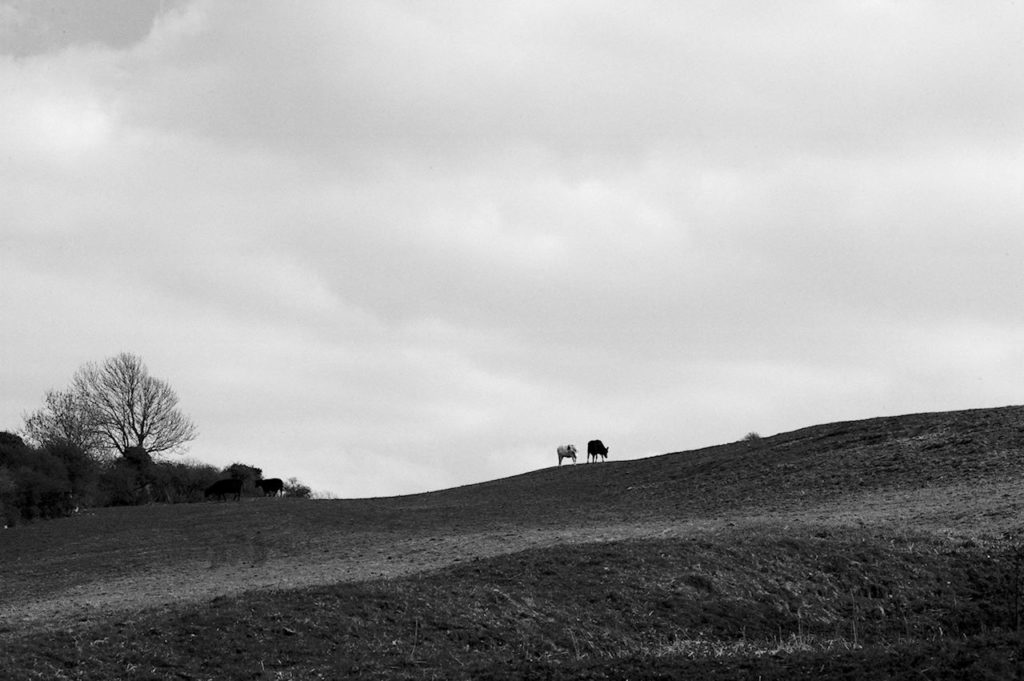 Cows On The Brow