In the week, I got acquainted with the OSX Time Machine’s “Local Snapshots” which get created when your normal Time Machine volume is not available. When digging around for more information on it, I came across the trainee backup-nazi’s standard line that a backup on the same hard disk as the original data is no backup at all, and is completely useless. Well they were half-right.

To over simplify, backups perform two basic functions – they provide a copy of your data that you can use in the event of a disaster (your laptop gets stolen, your house burns down, etc.), and they allow you to recover from those “Oh! I didn’t mean to delete that file” moments. And the later use case is by far the most common – particularly in an organisation where you can ask someone else to recover a file for you.

But of course local snapshots that get created when the backup media is not available are not true backups. Any disaster that occurs is very unlikely to destroy the original data but leave the local snapshot unharmed; if it does leave it unharmed then fine. But backups are for the worst possible scenario – I did not mention your house burning down by accident.

But local snapshots are useful by themselves; whilst they are certainly not backups, they can be very useful for the most common variety of restoration job. And because they are so available, it is possible to use them for purposes we would not have thought of before.

Such as looking at what that document you are working on looked like yesterday. That paragraph you re-worked; does it really read better today than the original version yesterday? In a more technical sense, I have been using file system snapshots for years – to look back in time. 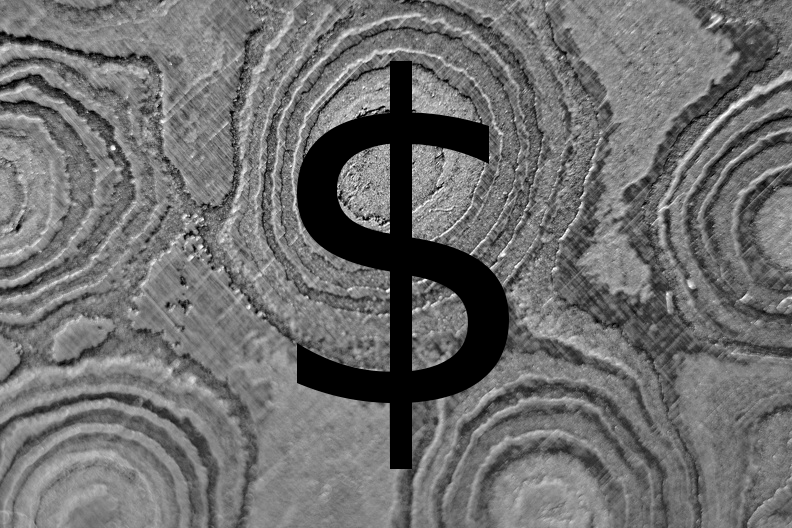 Backups are funny things … everyone says that they’re important, but actually it is restores that are important. Backups merely make restores possible. Because restores are so infrequent (and frankly backups so boring) there are far too many of us who do not spend enough time making sure everything is backed up properly.

This is not a blog entry saying how backups should be performed in the technical sense … I’m not going to suggest you use rsync to an offsite cloud storage provider, or how frequently the backups should be made. But rather a random wandering around the problems of backups.

Before I forget, I will be using a shortcut: When I say “to tape”, it merely means copying the backup to whatever medium you use. I’ve merely been doing backups long enough that “to tape” just flows naturally. In fact my current backup media is an external hard disk attached to an off-site server.

What Do You Want To Restore?

Before you can decide what you need to backup, you need to decide what you might want to restore. And what types of data you might want to restore. You can split up restores into three broad categories – the system data, the user data, and any databases there might be. Each has slightly different requirements – you might well back them all up in the same way, but it may also be better to back them up in three different ways.

If you backup the operating system of your computer using the same mechanism intended for backing up user data, then in a disaster situation you will be faced with the interesting situation that the data you need to make your computer functional again will be sat on a tape, an external disk, or (even worse) sitting on a patch of this cloud stuff that is currently so trendy.

Whilst this is perhaps not the ideal situation to be in, it is also not the end of the world. At least if you are not pushed for time to get the computer back up and running again.

There are basically two options here – either a dedicated computer imaging solution that clones your operating system disk in some way, or to use the original installation DVDs as a restoration method. The later may be the cheap option, but it does work to the extent of at least getting you going again. And of course lets you into those other backups you have made.

The decision on which to go for comes down to time – how long would it be acceptable for you to be without your data? Bearing in mind that the restore can only start after you have the hardware to restore it to.

When it comes to restoring from backups, databases can be a touch fragile. However it is worth pointing out that by this I mean real databases such as Oracle, PostgreSQL, or MySQL rather than database applications such as Microsoft Access. If you just copy the files making up a database to a backup tape, then the result can probably be restored but you may well end up with a corrupt database, and it may be missing some data.

The classic method of backing up a database is to shut it down, and then copy the files to tape. That is a pretty safe way of doing things, but if you are trying to run a 24×7 service, then it is rather inconvenient. That is not to say it is not still a good method – simply accept the need to shutdown the database once a week and concentrate on methods to minimise that downtime (filesystem snapshots work brilliantly here).

There are also database specific methods of generating a backup whilst the database is running. The lowest common denominator here is the equivalent of an export – the database generates a whole bunch of SQL commands which when run re-create the database. These methods can be used in combination with the old shutdown and copy to tape mechanisms to double your chances of getting a good backup.

And indeed allow you to minimise the disruption by only performing a shut down and copy to tape less frequently than every night.

Of course you probably do not have a database at home that you need to keep running 24×7, but some people will. But even if you don’t care how often the database gets taken down to perform a backup, you still should spend some time making sure that your database is backed up properly. It is too late to check when you are trying to perform a restore.

Oh! And if you do shut down your database to back it up, please remember to start it again afterwards!

Backing up ordinary files is definitely on the most boring side of backups. But for most of us, they are the most important backups we perform; as more and more of our important data becomes digital rather than physical, we need to be sure that our digital data is safe. And safe does not mean just safe from the odd hard disk failure, but from disasters such as house fires!

Or from foolish decisions to delete the wrong files, etc. We tend to assume that restores are performed after disasters such as the aforementioned hard disk crash, but in practice – at least in an organisation with a team responsible for performing restores – files are restored almost continuously and far more frequently than hard disk crashes.

You can choose to backup everything – which means you can be sure that you have everything you need to restore in an emergency, although it can be a lot slower as you will be backing up a lot of “junk”, or you can be very selective in what you backup which makes things a lot quicker, but there is always the danger that something important will be lost.

Or you could do both! It is perfectly sensible to backup only the most important files every day – perhaps to DropBox – and then do a full backup once a week.

One thing to look for is something along the lines of Apple’s Time Machine; there are approximate equivalents for Windows and Linux, and the key advantage that all of them has, is the ability to perform differential backups which means that only the changed files are copied. My own backup script ran last night and ‘refreshed’ a backup of nearly 500Gbytes in about 7 minutes (and that was to a very remote server).

And use those backups! Checking whether the backups have worked or not is another tedious job, but using yesterday´s files is far less tedious.

There are reports that share prices in world markets fell dramatically on the announcement that Europe has asked countries to prepare contingency plans in the event of Greece dropping the Euro. Which probably shows that there are some pretty dumb share dealers around.

That is not to say there are not valid concerns about the possibility of Greece reverting to the old drachma but that is hardly news – I knew about the chances of that happening this morning well before the announcement. Perhaps some intellectually-challenged people believe that preparing contingency plans increases the risk of something happening.

Of course preparing contingency plans does not increase the risk of anything (except possibly a shortage of paper). An event will occur with or without a contingency plan which is after all a way of preparing for an event if it occurs.

In fact it is probable that such contingency plans already exist for Greece leaving … or indeed any other country. In fact they bloody well should do – those whose job it is to draw up contingency plans would be grossly irresponsible if they have not drawn up plans by now. To draw a parallel with the computing world, the person who waits until their disk drives all start making strange and worrying sounds before starting to perform backups is doing so far too late.