There is an article being advertised around that uses a scientific report detailing the carrying capacity (how many people agriculture can support) of different diets. The article itself is titled in a way to bash vegans for not being as environmentally friendly as they claim to be. Which is odd because the scientific report does show that a vegan diet is more efficient (in terms of how many people can be fed) than a normal diet; it’s just not quite as efficient as some diets – specifically diets that make use of grazing land that cannot be otherwise used.

So a relatively mainstream article is bashing vegans because?

Of course any reputable news organisation would know this, so only resorts to demonisation of vegans as click-bait. Obviously desperate.

The interesting thing about the report is that they have actually shown that different diets can be more efficient (in terms of the number of people that can be fed) than others, and that the average diet is probably one of the least efficient possible diets. Even more interesting (especially for the meat eaters out there) is that omnivorous diets (admittedly with significantly reduced meat intake) can be even more efficient than a vegan diet.

This is apparently due to the fact that a vegan diet will not make use of marginal grazing land which can only be used for raising meat.

If the doom-mongers are right about climate change and rising population, all those dedicated meat eaters out there should probably be encouraging vegans (and vegetarians) so when things get marginal, there are still a few animals to share out.

We’re all used to politicians lying – either baldly (“Is the sky blue? No, it’s pink.”) or by avoiding the subject altogether (“Is the sky blue? I think the question shouldn’t be is the sky blue, but whether the colour really matters.”). But normally you can see some rationale behind the lie – there’s some genuine advantage to the politician by lying.

And seeing a politician who doesn’t bow down to the media is somewhat gratifying. At least when it serves some purpose.

But headbutting the media and spouting easily disproved lies about the number of people attending Trump’s inauguration?

Crass stupidity and arrogance of the first order.

There’s no point to it – after all who really cares how many people were stroking Trump’s ego on the day? After all his ego doesn’t need any bolstering, and even if it did there were still plenty of people in attendance.

Shattering the establishment (which is something I don’t believe Trump really intends no matter how much he claims) is all very well, and indeed to be encouraged. But you don’t accomplish it by picking stupid fights over nothing important.

Trump is in danger of giving a new word to label stupidity – Trumpidity.

The Sun claimed Jeremy Corbyn danced (don’t bother clicking; the story was removed for legal reasons) down Whitehall on Remembrance Sunday. What actually happened is that a photographer edited a picture to show Corbyn apparently waving his hand as though he were dancing when he was really walking, talking, and gesturing with a veteran (a Desert Rat).

So what The Sun really did was airbrush out a veteran in order to pursue an ongoing vendetta against Corbyn. Now pursuing a vendetta against Corbyn is fair enough – if you restrict yourself to his policies and politically relevant stories. But making up lies and you lose your status as a newspaper and become a “liepaper”.

There are those who argue that it was the photographer that invented the story, and that The Sun was taken in by the lie. Which is why the first rule of journalism is to make sure you have at least two sources, and check the sources. Again, not following this basic rule disqualifies The Sun as a newspaper and makes it a liepaper.

There are those who protest about the abortions using methods up to and including murder. And whilst leaping to conclusions is not something to be encouraged, this incident has all the hallmarks of being a "pro-life" terrorist killing. 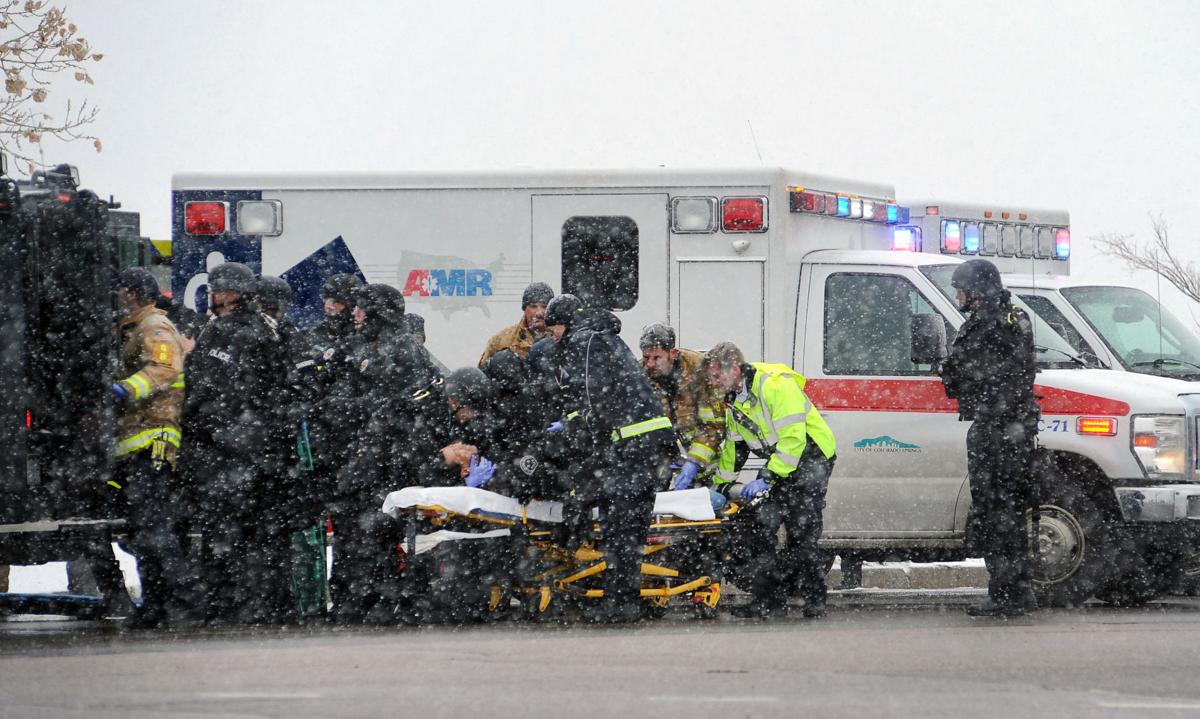 (Image from the Casper Star Tribune)

Given that the media is quite happy to label as terrorist incidents other killings, what is special about this incident?

Perhaps it has something to do with who the perpetrators are – they are not wild-eyed revolutionaries, nor are they islamic fanatics; they are christian fanatics. And it seems that christian terrorists get the benefit of the media not labelling their outrages as terrorism. Why? 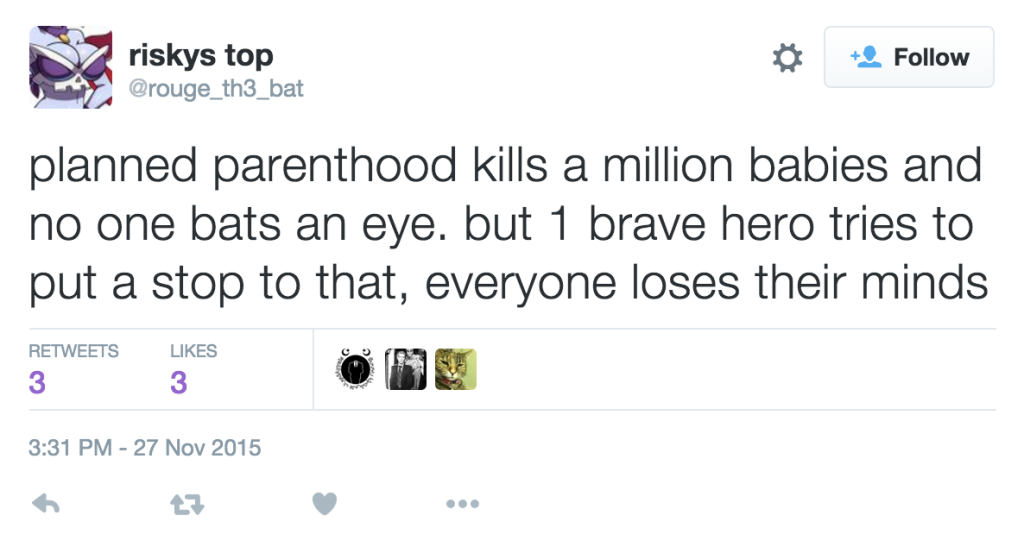 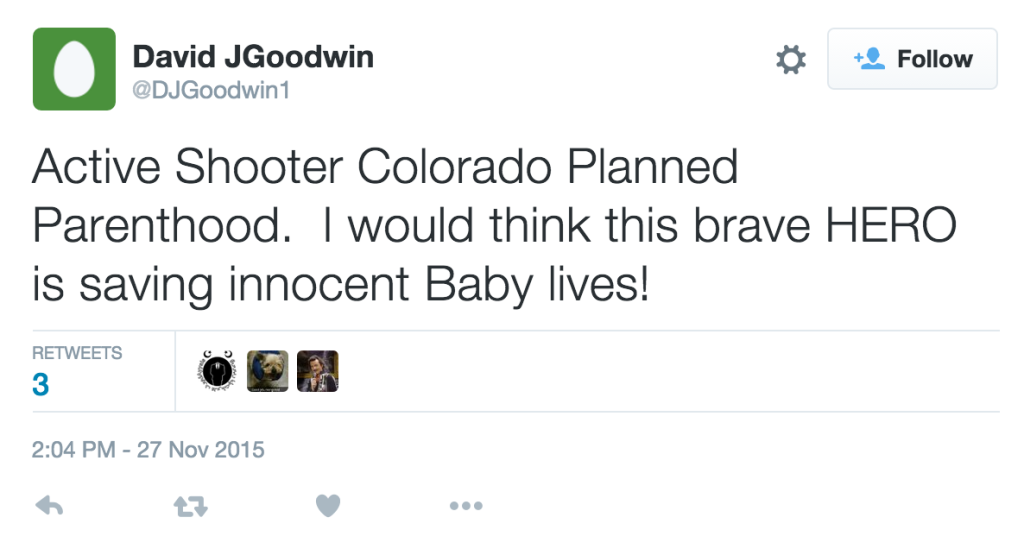 There's a lot that can be said about today's spending review, and I dare say people are saying some things about it.

But my chosen topic is that "U-turn" that the media keep banging on about. What's so bad about listening and changing a bad policy?

At the moment, we have a political environment where changing your mind is seen as somehow irresponsible and indecisive; yet what we have hear is a chancellor who has decided that the opposition to his tax credit cuts (which will disproportionally hit the poor) were opposed for genuinely good reasons.

Is re-assessing a bad policy in the light of heavy opposition really a bad thing?

Of course Osborne has sneakily got the cuts in anyway; all his welfare savings that he planned to get by punishing the poor for their feckless ways are still going to come about because he has still cut "Universal Credit" which new claiments get. It's existing claiments of "tax credits" who get their reprieve.