I have a problem with serial ports (usually “virtual ones” or USB←→serial port dongles) – I have too many of them, and I usually end up with the wrong one. And selecting a TrueRNG serial port and connecting a terminal emulator to it gets very messy very quickly.

So I was searching around, semi-idly wondering if I could somehow build a device name to USB name mapping that I could stuff into rofi (or dmenu) and I discovered the /dev/serial/by-id/ which did 99% of the work for me.

So yes, I can invoke kermit and up will pop a menu allowing me to select which serial port to connect to :-

That is the core of it, but to make it functional I need to embed it into a command line argument to kermit :-

Which is admittedly a bit of a mouthful!

But so useful if you have two or three USB to serial adopters plugged in plus a switch’s console port and a Linux widget that provides a serial console.

The TiPro programmable keyboards are quite fun for those who are into their keyboards, but with one big problem: the programming tool is Windows only. Well at least if you happen to have a USB-based TiPro; otherwise you need to set up the serial interface as the PS/2 interface is only usable for programming with a 32-bit Windows.

To assign, first of all determine the name of your virtual machine with :-

Next, add a USB filter – you can normally assign it to “slot” (or index) 1, but you may have to check what slots are available if you already do this :-

Once that is done, the Windows tool should be able to find the keyboard to start programming it. If necessary, reboot the virtual machine or try assigning the USB device via the menu option.

During programming it is helpful to remember than raw USB HID codes can be used by right-clicking in the input field for a key, selecting “Text Input” and inputing the code in the form “/${hex hid code} ${hex hid code}\” – such as “/69 69\” (a list can be found at: http://www.usb.org/developers/hidpage/Hut1_12v2.pdf)

Removal at the end:

After the removal it seems that disconnecting and reconnecting the device is necessary for Linux to pick it up (or possibly a udevadm trigger). 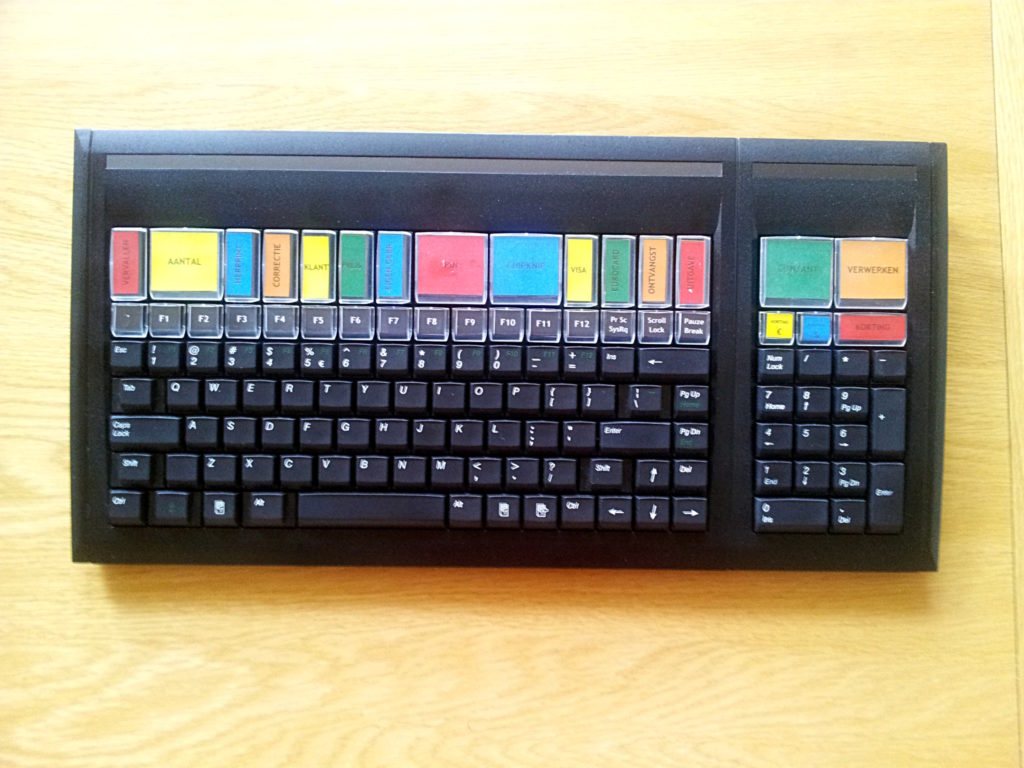 If you have a look for top cool USB devices, you will find plenty of lists out there with rather boring choices. In fact most of the devices are simple memory sticks whose main means of standing out from the crowd is to have an unusual form factor. Now I like funky form factors for my memory sticks as much as the next person, and some of the memory stick designs do deserve some attention. Some other lists contain things like USB powered missile launchers, heated mugs, etc. all very fun.

But it is still a bit of a shame that you have to look so hard for really interesting USB devices. My list below has been gathered over years and frequently by accidentally discovering them. I’ll add additional ones to the list as I discover them … or if people tell me about ones that interest me :-

And after all that moaning about memory sticks, the very first device on my list is a memory stick! But a rather different one :-

The difference is hinted at by the little buttons on the memory stick. This is a hardware encrypted memory stick where the encryption is implemented within the stick itself rather than rely on a piece of software that may or may not work with your current operating system.

You can tell this is a more geeky product just by the fact that the sales picture shows the device naked :-

What this does is provide a source of genuinely random numbers that can be used by Linux to add entropy to the standard random numbers device. To most people, this is a pretty uninteresting device, but anyone involved with cryptography is undoubtedly saying Cool! and has probably clicked on the title link to disappear from this posting to go and get one.

As you may very well guess from the really naked picture of this device, it is probably the geekiest device in this list. It is effectively a software radio limited to the 2.4GHz band and is intended as a device for hacking bluetooth. Think of it as a WiFi sniffer but for bluetooth; although it can do quite a bit more.

Your average USB hard disk enclosure (for putting an appropriate spare internal hard disk in) is not exactly exciting, and this device is one of those “stealth” devices that becomes more interesting the deeper you look at it :-

Note the little LCD display. What you cannot see is a little job-wheel which is the input device to control the functions. This little box of tricks allows you to select an ISO file contained within a subdirectory named _ISO and the firmware emulates a CD-ROM with that ISO inserted into it. Yes, you can now carry around as many CDs as you want and use them to boot from.