Of course it does.

But let us go a little deeper.

First of all, does race really exist? It is notable that the Wikipedia articles on race (1 and 2) distinguish between biological race and the definition of race as it applies to humans. The later seems to be a rather vague term defined differently in different places or circumstances and as someone who likes clearly defined terms the temptation is to go with the biological definition of race and declare that humans are all one race.

But people do insist it exists. So lets take a look at the “white” race; a supposedly monolithic race. But in reality it subdivides up into different “racial” subgroups – the Irish, Finns, Arabs, Jews, and the Romani have all been at times classified as non-white. At what proportion does non-white ancestry qualify one as non-white? In the US, the standard varied from 1/4, to 1/16, or any African ancestry at all (which excludes every single person from being classified as “white”).

Nothing illustrates that US “whiteness” is a qualification for a privileged position (“white privilege”) more than the one-way one-drop rule which although no longer part of the law is still widely accepted socially. If you have one drop of non-white “blood” (ancestry), you are non-white; yet the opposite doesn’t apply – one drop of white “blood” doesn’t disqualify a person from being black.

Which means that racism is little more than an excuse to divide us all into “them” and “us”. Which neatly leads on to the second point.

Many of these ‘isms – racism, excessive nationalism (and xenophobia), … – are just means to an end. To divide us up into “them” and “us” so we can blame “them” for everything that is wrong. Just like the school bullies, we can pick anything to divide people into “them” and “us” – wear glasses, be too tall or too short, gender, a built-in tan, … just about any stupid reason can be used.

With this in mind, racism is using an invented means to divide people just to bully one category. Silly isn’t it?

Lastly some of us have a suspicion that the fires of racism are stoked by those in power as a means of distracting the proles from the real enemy – unrestrained capitalism. Next time you wonder why that immigrant is allowed to steal a well-paid job from you, instead wonder why there aren’t well-paid jobs for both of you.

Yes racism exists, but it is as childish as schoolyard bullying and based on little more than the arbitrary grouping of people. And those who promote racism might just have a hidden agenda.

As seen from afar, the USA seems to be having a problem with racial tensions – police shootings, protests, “Black Lives Matter“, etc., and racial inequality such as found at Facebook. Nobody with any sense doubts that there is racism in the USA – everywhere there are bone-headed bigots worrying about the colour of the dead stuff that keeps the squishy bits on the inside.

But we may be too quick to assume that it is simply racism; many of the symptoms could well be caused by wealth inequality and relative poverty.

The wealthy (and their children) are more like to succeed because of a number of factors :-

There are those who point at people from relatively poor backgrounds who have “made it”, and there’s certainly no doubt that exceptional people can succeed whatever their background. But most of us are not exceptional.

Relative poverty and lack of opportunity can easily lead to frustration with the system, and amongst the criminally inclined a tendency to resort to crime – those with more wealth or more opportunities will not resort to crime to the same extent.

So does the USA have a racism problem or a wealth inequality problem? I’m not sure what the answer is, but I would not be at all surprised if the answer is both. 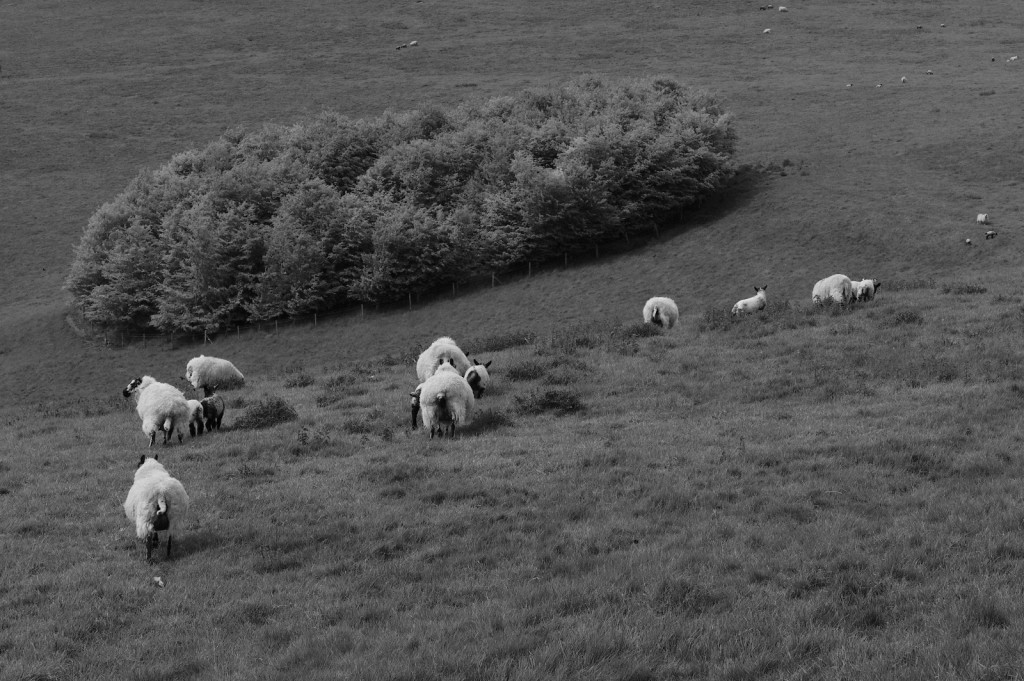 I’m watching Malcolm X about the “black” civil rights activist; there is a point in the film where a point is made about colours in the dictionary – black is bad and white is good.

This is supposedly the result of some sort of racist conspiracy to persuade people that black people are bad and that white people are good. There may be some level of truth to that.And this little rant is not aimed at undermining the achievements of the black civil rights activists.

The meaning of black meaning evil to some extent obviously has its origins in the fear of the dark at night. Everyone has walked home on a dark night and been a little spooked by what can come out of the darkness. Today’s dark nights are a lot less spooky than they were in the past – we have far more artificial lighting and even where it isn’t close, a little of that distant light sheds a little into the darkest corner.

Humans have chocolate-coloured skin. All of us; every member of the human race.

I’m part of the human race and I’m mostly happy about that. We have a bewildering variety of members … tall ones, short ones, fat ones, thin ones, bright ones, dim ones; we even have two different sexes (which makes things even more interesting). We also have a wide variety of different shades of skin colour, and for some totally incomprehensible reason some people seem to get excited about this. The overly excitable people seem to want to divide us up into different “races” based seemingly on what colour our skin is, and use this arbitrary division to make assumptions about the person wearing the skin. As if the colour of the dead matter that keeps the squishy bits in, and the Sun (and rain) out is particularly important. Of course it is not just skin colour that matters to these people …

Apparently I’m white (although it being at the end of the summer, I’m not really sure I’m white enough to qualify). Which makes me a member of a certain “race”. I’m also English which makes me a member of a smaller “race”, and could mean I’m also Anglo-Saxon (another “race”). I live in a land called “Britain” which gives me a good chance of being a member of the “Brythonic” “race” as well. I live in the south of England so I’m also a “southerner”, and I live in Portsmouth so I’m obviously better than someone from Southampton. In addition I live on the south side of a certain road which makes me far better than those who live on the north side.

Well that’s obviously rubbish! And for the record, historically that last division (north and south of a certain road in Portsmouth) was viewed in that sort of way. If you look closely, what I’m demonstrating is that if we get hung up on differences then we can make smaller and smaller sub-divisions where the group we belong to is “better” and those outside are “worse”. And the factors that determine what sub-division we belong to (skin colour, ancestry, etc.) are the worst possible factors in determining someone’s value.

Apparently being determined not to recognise any sub-division of the human race as being valid makes me some kind of liberal wuss, which bothers me not at all … and those who criticise and call me a wuss for holding this position should sit back and think for a bit. It’s not liberal wusses that cause so much grief with their artificial sub-divisions of the human race.

I’m a rascist and fully prejudiced in favour of the human race … every single last one of them.